It is imperative for the human race to evolve and move forward in order to understand the unknown.

Dr. Alexander was not known in the entertainment industry or by any carnival employees or by anyone in their inner circles.  He was hired by the suits and is a shroud of mystery and most of the carnies keep their distance from their inherited boss.  He is considered an outsider and not a part of the carnie family, but he is generous with raises and does take care of them monetarily.  The carnies keep their distance because they know that he is not one of them.  However, the doctor is professional, business-like, and serious, but can crack a dry joke for the amusement of others.

When the doctor is not busy managing the carnival, he retreats back to his train car and conducts experiments.  He is highly focused when examining and experimenting with strange extraterrestrial materials and artifacts. It is his goal to unlock the mysteries behind ancient alien technology for the advancement of mankind. He is brilliant and is able inspire those that surround him. With his meticulous efforts he may change the world to something we have never seen before. He learned how to leverage an alien technology power source. He has faith in other worldly beings while he proudly wears an ankh around his neck. The Dr. is in a class of his own. He may succumb to the alien radiation, but he is convinced that he will find a solution to its toxicity. If he fails, then his body will be immediately drained as his soul is leached out from his body. Will his determination to improve the human race be enough to prevent this catastrophe? 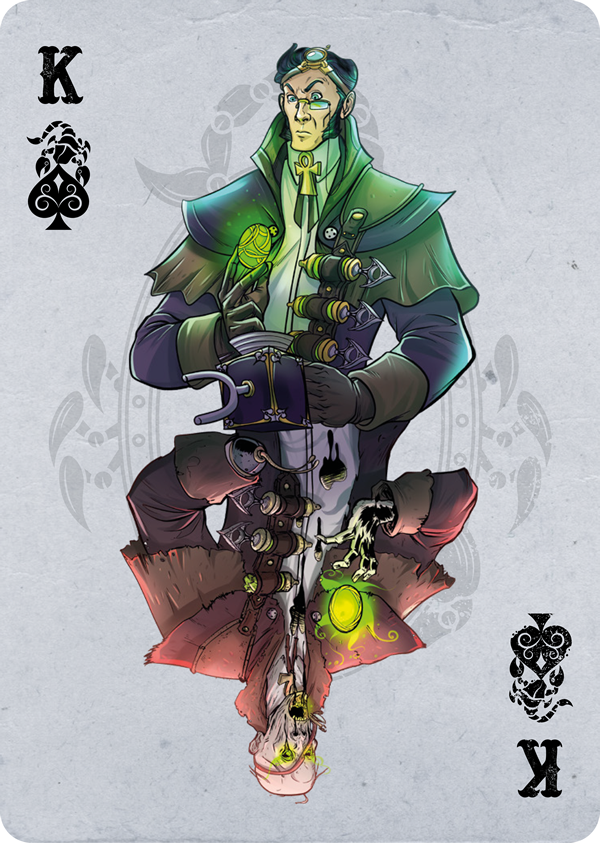