We are a group of professionals seeking higher knowledge no matter the cost. Now, leave us alone!

The Suits are a mysterious group of government officials involved with working with private corporations to study, test and conceal alien technology.  They formed a cooperative relationship at the turn of the century with the railroad tycoon and owner of Llod’s Carnival, Yrret Llod.  The details of the relationship are confidential and only rumors surround the business dealings.

The truth is only known to the suits and Llod’s Carnival provides the suits with many resources.  The resources include things such as a transportation system between key geographical locations, high-tech unconventional security instruments, access to diverse and unsuspecting test subjects, and discrete state-of-the-art mobile testing facility for alien technology.

The suits got their nickname from the carnies and they don’t trust the outsiders.  The carnies and the suits have limited contact and they believe the suits are some type of government research group.  They don’t care too much because they keep to themselves and are getting paid a handsome paycheck.

What are the suits doing?  Do they have the same humanitarian goals as Dr. Alexander?  Or are they scheming something that will have devastating worldwide consequences?

This card is an extra card in the deck and may be used as a gaff card in magic.  For every deck in the 3-part series, there will either be one or two additional suit cards to add to your collection. 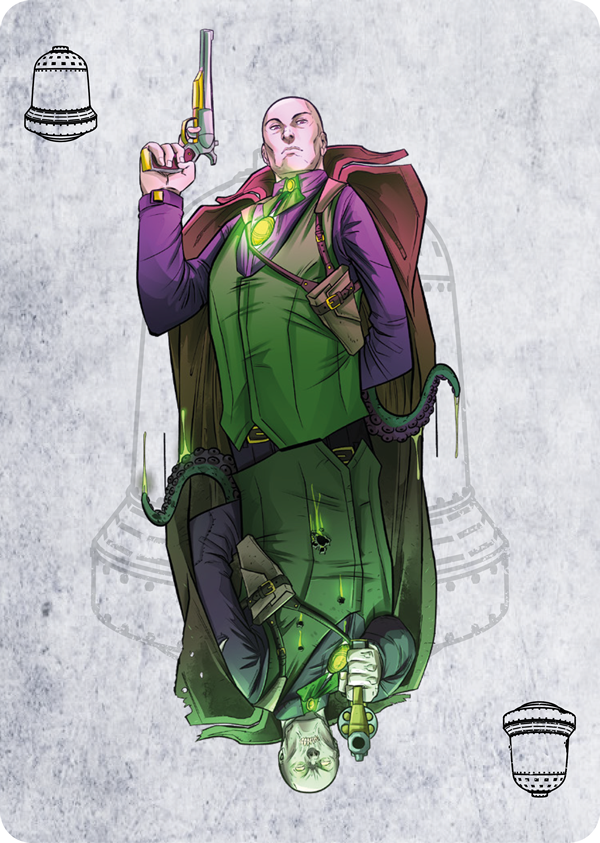